The art of divination (fortune telling) has a long and surprisingly sophisticated history and the common tarot deck used in fortune telling today can be traced back to a time before the Renaissance.

I took the opportunity this year to start investing in fortune telling in a fun hobby to mark my dropping out of a science degree (it was the least science like thing I could come up with). I have found it far more fun than I would have expected and the cards themselves can be works of art.

In this webpage I will be going through the favourite cards I have in the standards deck that I posess. I have ordered them, not numerically according to the cards themselves but by my preference, beginning with my favourite. 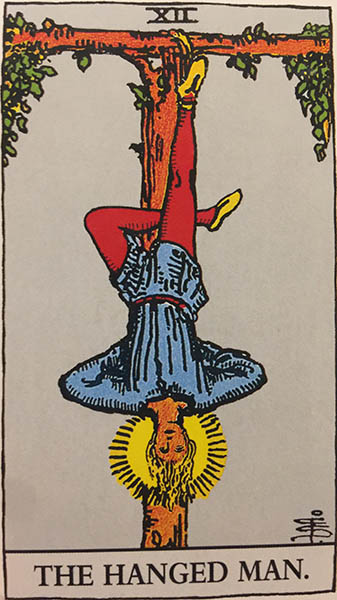 is the 12th card of teh major arcana of tarot and one of the strangest of the 22.

There are several factors to be accounted for in the interpretation of but they divide into two categories; self-sacrifice and contradiction.

The card describes an instsnce of self-sacrifice coming in your future, whether it is rewarded or a waste depends on other factors..

In its contradictory and far more interesting sense, The Hanged Man represents the juxtaposition between action and rest. Drawing this card warns that taking action main in fact be counterintuitive to your goals and it could be better to sit back and let things come to you.

But it also could mean the exact opposite, you must act to reach a state of rest. Your action will breed inactivity. 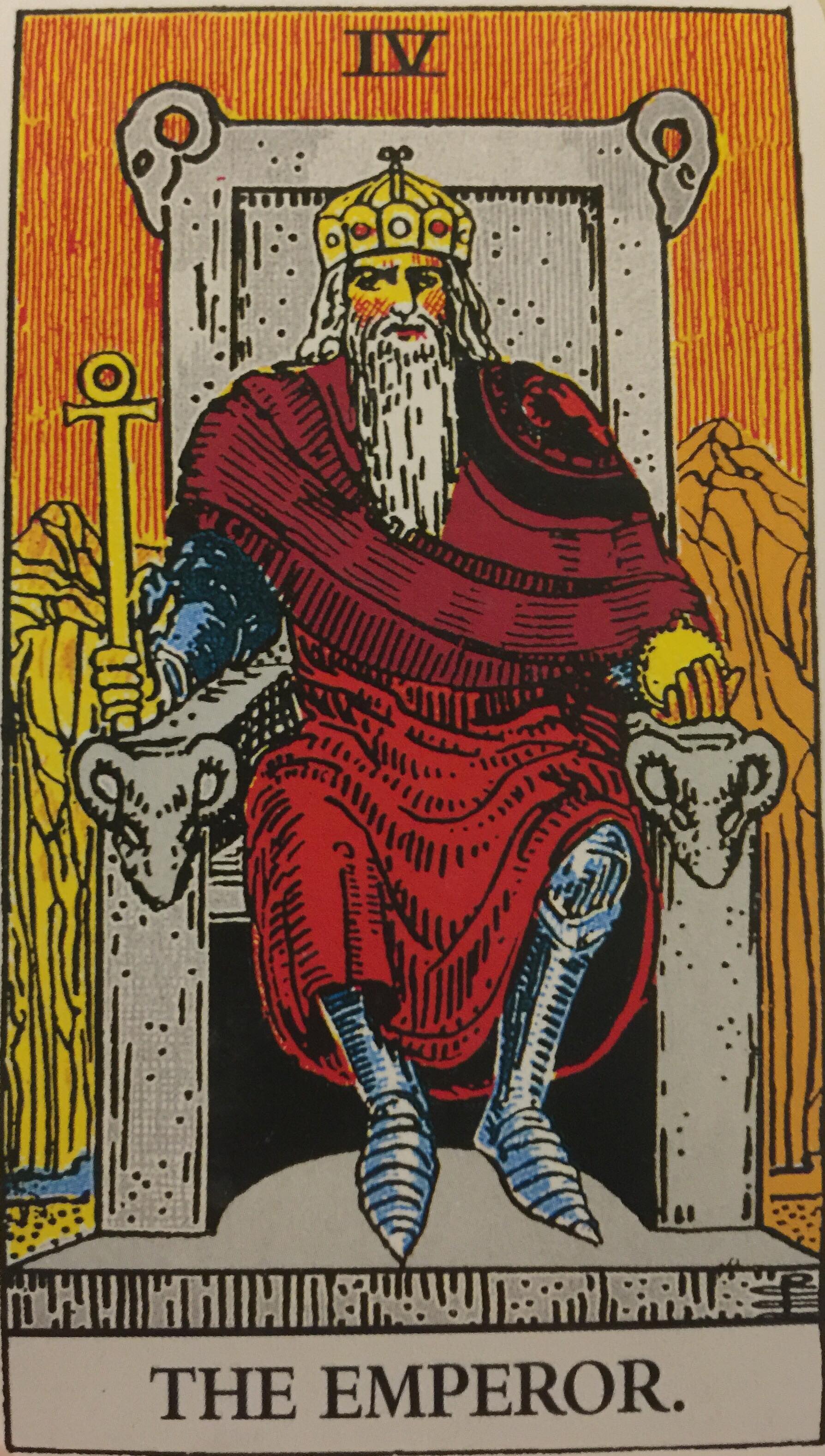 The Emperor is quite a forceful and powerful card. It is the card of the zodiac house of Aries and represents authority, command and control.

Being an Aries myself I have a tendency to favor this card. It is about being confident and in control and who doesn't like that?

It is not all positive with this card however. With the strengths of confidence and authority comes its weaknesses. Arrogance, wrath and pride. 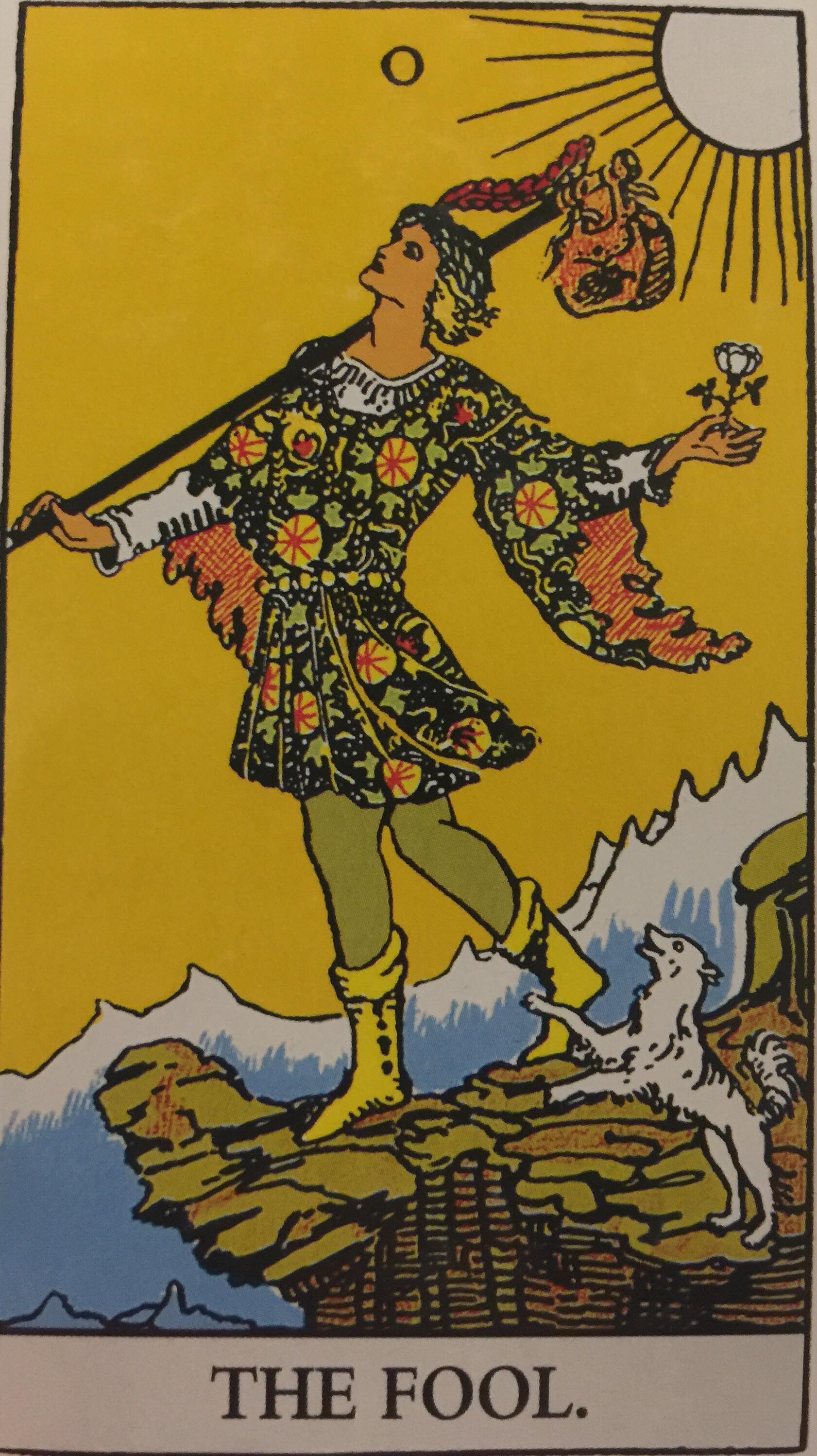 The Fool is a rather remarkable card. It represents the very first of the Major Arcana and is symbolic of the beginning of a journey, the first step.

In its meaning The Fool is about a degree of recklessness, but not a negative one. It is all about taking a leap of faith, to take that first step of a journey even though the future is uncertain.

People say that it is best to be prepared and organised but The Fool points out that if we spend our whole time planning we will never begin. The Fool represents the one push you need to start something new. 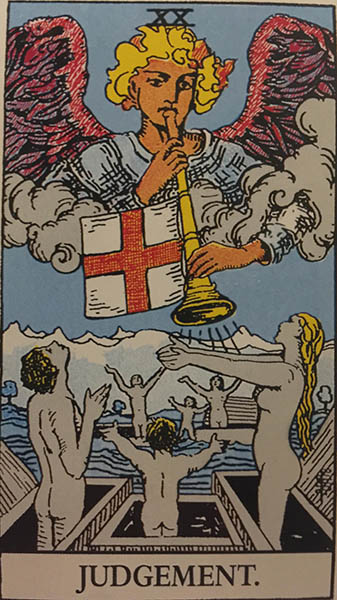 Judgment is a card titled rather melodramatically. It is a direct reference to the Divine Judgment cast upon mortals during the proposed rapture, the event when god claims the faithful and casts the rest to Hell.

In truth Judgment is about personal growth and change. It is however not a comfortable change as it requires the acceptance of our flaws and mistakes in their entirety so we may move beyond them.

Judgment could equally mean that we are unable to move on or grow due to a refusal to face ourselves and out flaws. 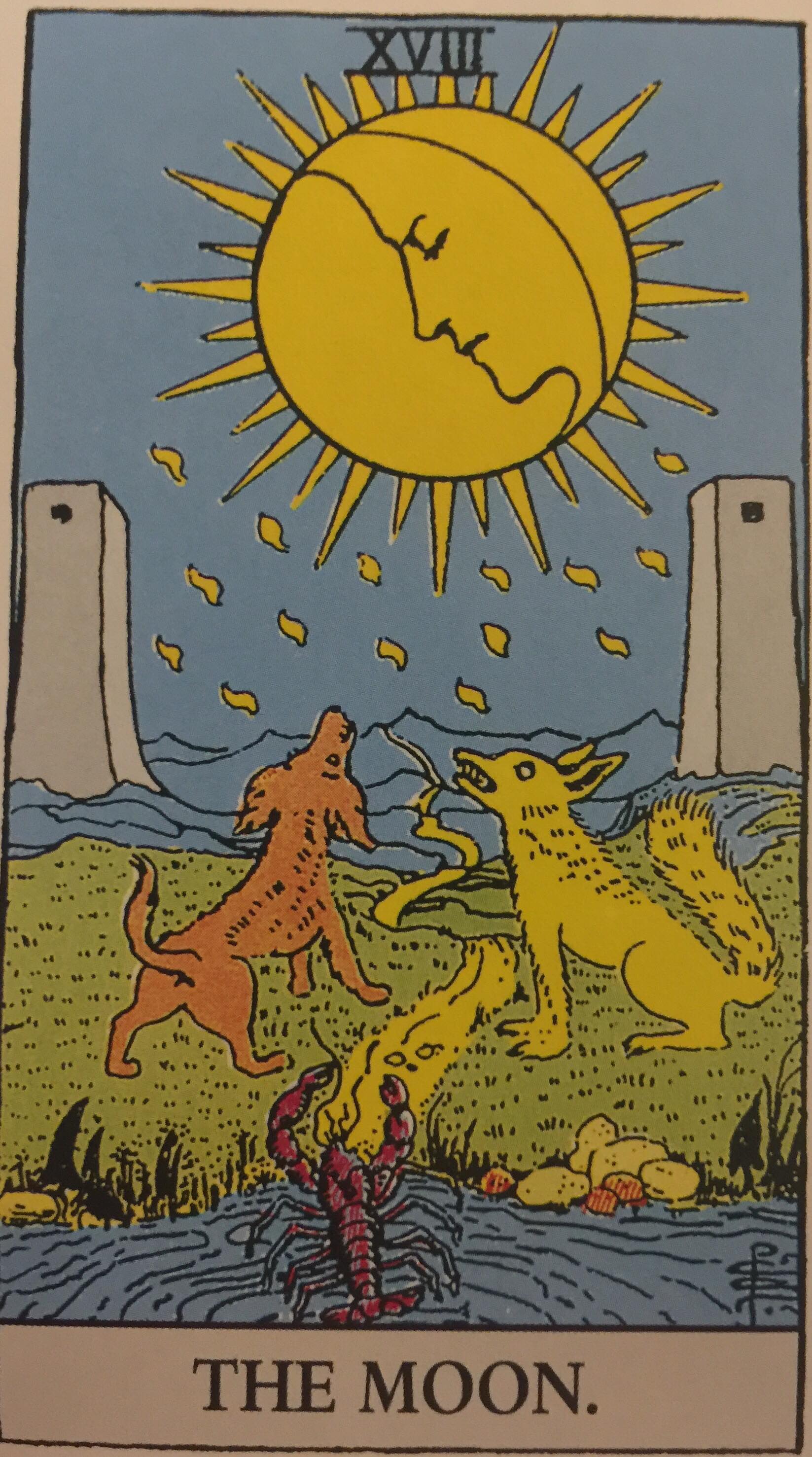 The Moon is a card with an especially versatile and disjointed collection of meanings. It ranges from travel, to dreams, to the occult, to viral disease.

The reason I include it in my top 8 list is for its occult connection. The Moon represents out fascination with the occult so it must be included.

The Moon is also used to imply that the contents of dreams may be significant at this juncture or it could just as easily mean that you will soon travel over water.

It doesn't make a lot of sense overall and comes with a risk of heralding an oncoming viral illness. 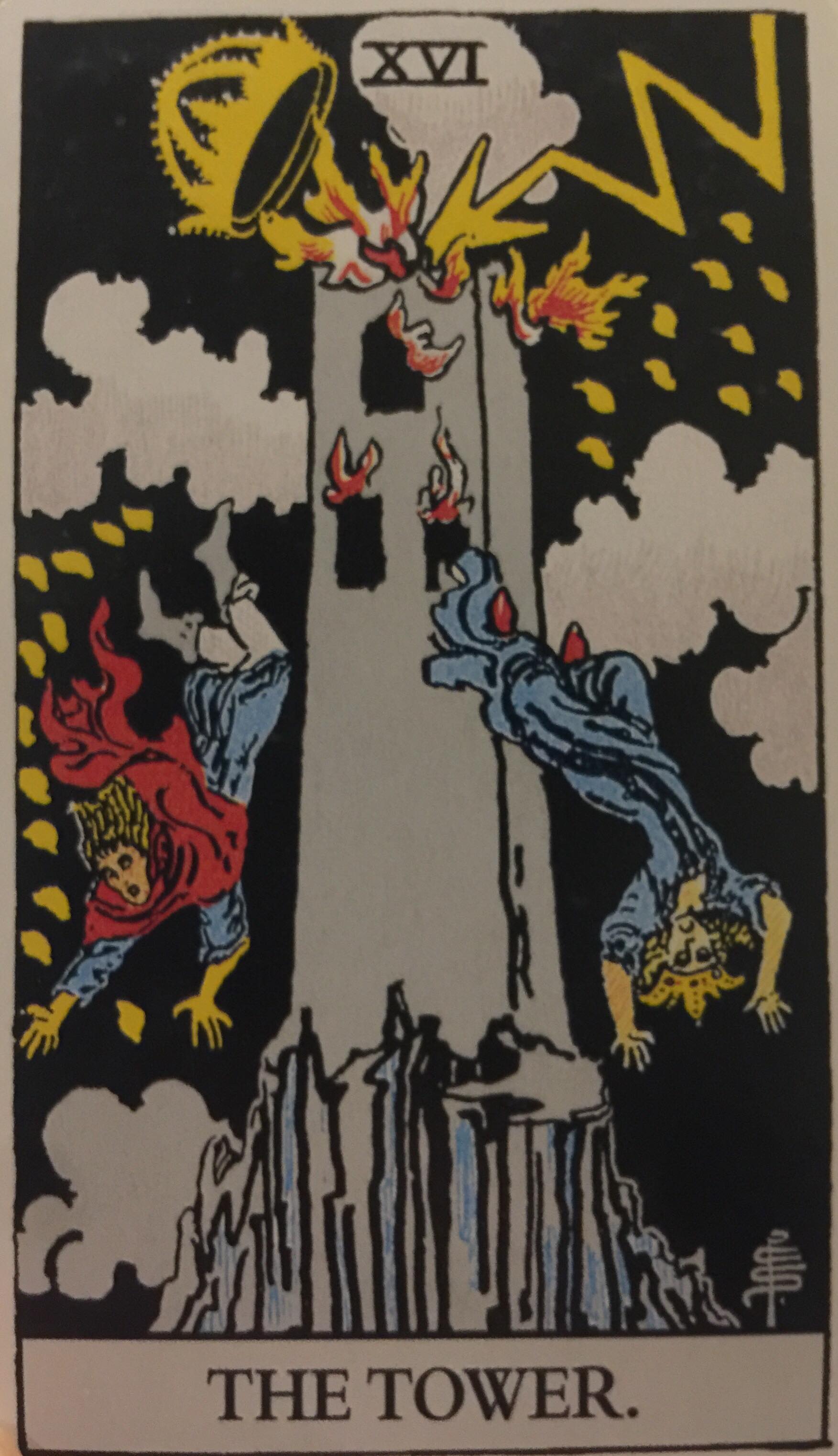 The Tower is a very aggressive card and oen that can often be misinterpretted as the constant herald of misfortune and loss. It does represent the shattering and loss of some sort of comfort but it is not purely malicious.

The tower represents our worldview and the excuses we use to remain comfortable and deal with things in our day to day lives. That tower inevitable restricts our ability to be open-minded as we become stuck in routine and self interest.

This card represents a force coming to shatter our tower of comfort. It will feel bad at the time and it will be greatly disruptful but it is for the best overall. 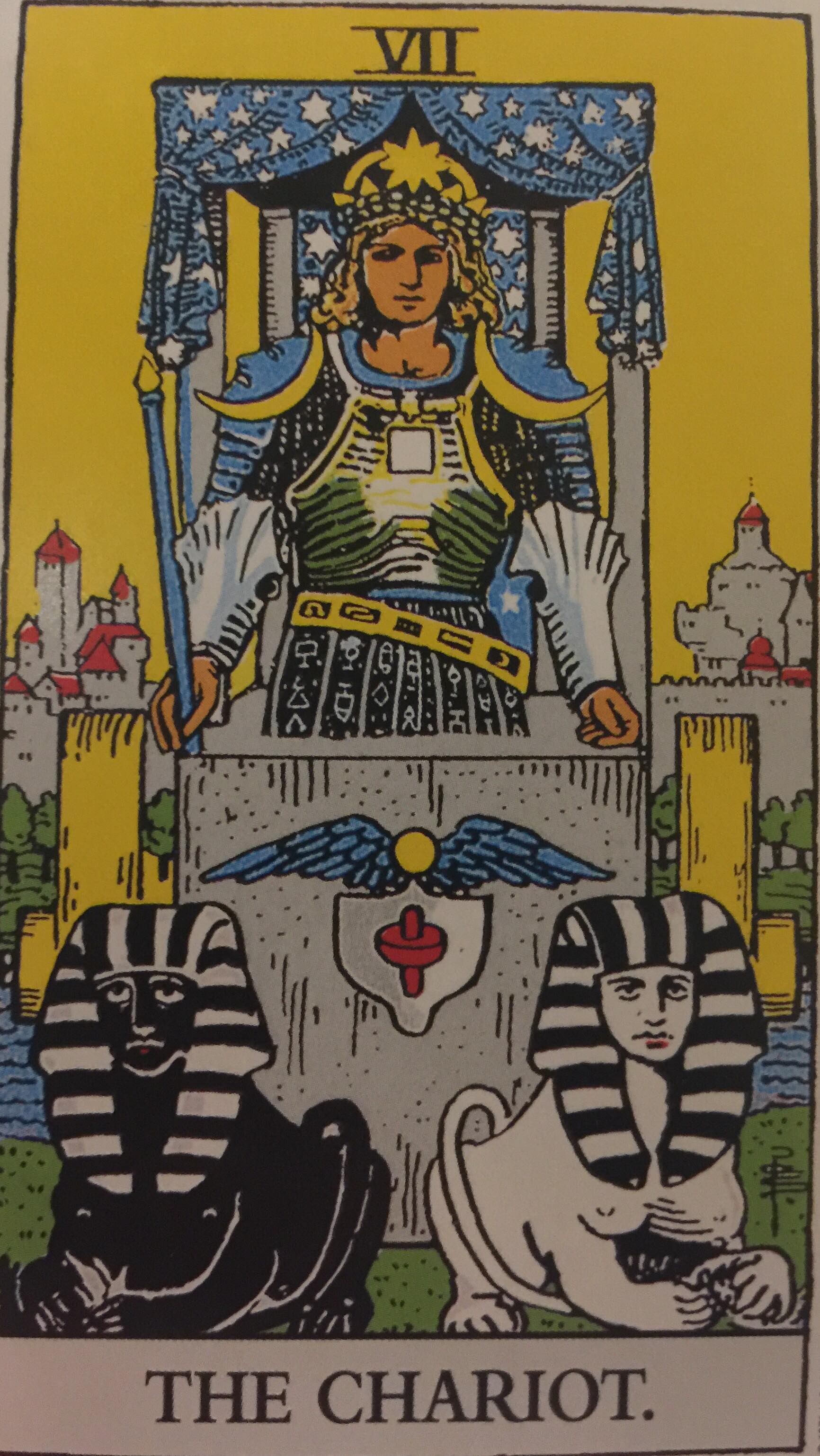 The Chariot is a card that is almsot always good news. Like the victorious charioteer doing a victory lap, The Chariot represents exultation in our own successes.

It is about winning in a way that is big and loud and noticable. It is not about being humble or subtle. It is glorious victory.

The only downside that comes with The Chariot is that, in seeking our own gain, we can trample others without noticing. Its rather selfish but I think Its a fair trade off. 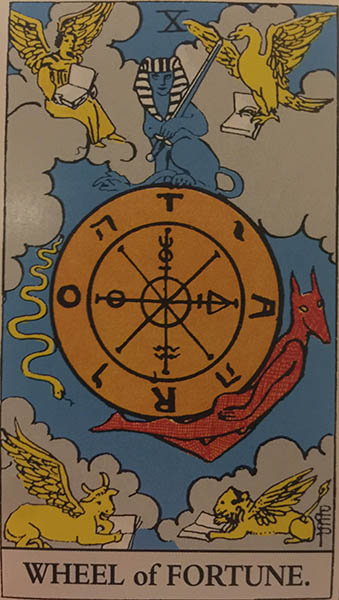 The Wheel of Fortune is another mixed bag of meanings but it does follow a central logic. The Wheel represents the circular nature of all things and embodies the idea of what goes around comes around.

The Wheel represents that bad luck you may be having will be followed by good luck. It also represents the opposite though if you have been going through a lucky patch recently.

It represents ends and beginnings making its unsurprising that it also represents the passage of time, most specifically the seasons. 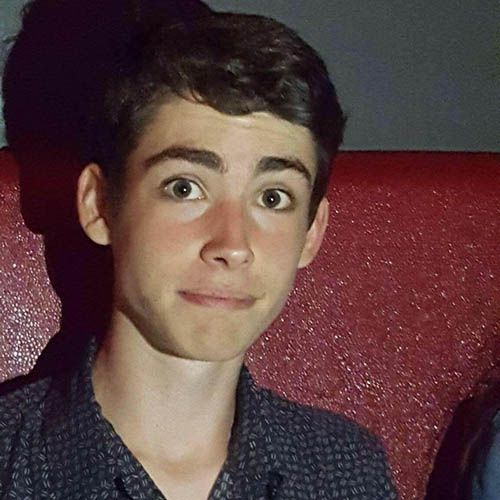 My name is Callum Shemmell and I am a university student study Business and Media Communication at Monash University.

I tend to to flit back and forth between different interests and hobbies so I pick up odd skills here and there, like fortune telling.

Tarot reading is something I have found fascinating if nonsense and I still do the odd reading every now and again.